ALUMNI IN THE NEWS 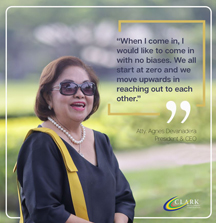 Atty. Agnes Torres-Devanadera, High School 1866, BSC 1970, was recently appointed Acting Chief of the Clark Development Corporation, according to a report from the Philippine news Agency:

Devanadera was appointed acting CDC President and Chief Executive Officer on September 1, based on the document released by the Office of the Press Secretary. She will replace Brig. Gen. Manuel Gaerlan (ret.). She will also concurrently serve as a member of the CDC Board of Directors, based on her appointment paper.

AS ANOTHER PAULINIAN IS NAMED FAMAS BEST ACTRESS 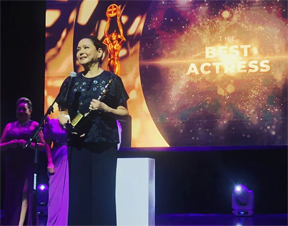 Another Paulinian, Charo Santos-Concio, recently made news when she won the Best Actress Award from the Filipino Academy of Movie Arts and Sciences (FAMAS) for her role in the movie, Kun Maupay Man It Panahon.

She has starred in numerous films and won many acting awards, but she made her mark in the industry as long-time President and CEO of ABS- CBN. She is also the producer of the longest television drama anthology, Maalala Mo Kaya?, which has presented inspiring real-life stories submitted to the show by people who want to share their experiences for the upliftment of the viewing audience.

Charo was recognized by the school for her contribution to the entertainment industry and for her support for the scholarship programs of the school by conferring on her the Fleur-de-lis Award, which is given to outstanding Paulinians.